Update: This has proven to be a popular session and has been on the annual DevLearn program since its inception in 2015.  Shawn and I will be offering it again on Thursday, October 24, 2019.  In the past, after the conferences, ukuleles used in these sessions are donated to the Children's Hospital of Nevada. This year the idea expanded into a "Guild For Good" initiative with DevLearn attendees asked to bring additional toys and craft materials to contribute to the hospital. Many thanks to the eLearning Guild for the support. 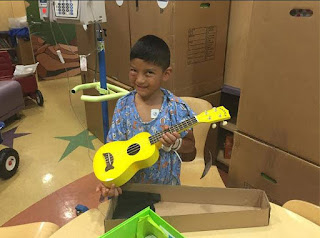 Ukulele Learning:  Music and the Brain
Since so many colleagues of mine have taken up the ukulele recently I wanted to have a uke jam at Devlearn.   We could play together and offer introductory lessons to those who wanted to learn to play. Knowing that people might not want to add a uke to their travel loads, I asked David Holcombe and David Kelly if the eLearning Guild might buy a few to have around.  They said sure, but with a catch: The experience needed to be tied to a concurrent session with a topic related to learning. We did the first session today to a packed house: 15 ukes, 24 maracas...and 72 kazoos. What a good time! 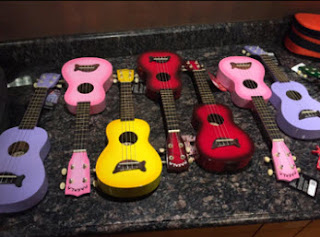 So I recruited helpers Ellen Wagner and Shawn Rosler, and together we developed “Ukulele Learning: Music and the Brain”.   The session focused mostly on ways music can be used to enhance our work by taking advantage of its affordances:

1. Memory and Retention.  Music has powerful uses as a mnemonic, from tying new vocabulary and ideas to familiar tunes (see students reciting the Chinese dynasties to the tune of “FrereJacques"), to helping fix an idea (see Conjunction Junction), to tapping into prior learning. Oliver Sacks, in his years of work with patients with dementia, said: “Music memory remains when all other types of memories have failed.”

2.  Mood. Just as setting and color can visually affect the mood of, say, an elearning course, so can music “color” an approach or an idea. Compare the mood in this piece to this one.

3. Attention. Listen to a song like “Bohemian Rhapsody”. Notice how you listen for the shifts in voice and speed? Or when you have a playlist on “shuffle” and perk up a bit to notice which song comes up next? Music – particularly when it is used strategically, and not just as background noise -- invites us to focus and attend.

4. Motivation and reward. Likewise, music can be the reward for paying attention, releasing a hit of dopamine to the brain. Music can also provide a sense of urgency or motion, important to learner persistence and encouraging the learner to keep going.

Discussion in the session involved tying ideas to specific work projects:  You’re developing a module on customer service. What kind of music might represent an angry caller? What might suggest the mood created for the service rep during a difficult interaction? How could you use music to convey a sense of urgency about responding quickly to a safety issue? What role could music play in a banking scenario about fraudulent activity?
Important:   We do not advocate for using music as auditory wallpaper. Music should not serve only as noise but be used judiciously as a design element. As Tom Kuhlmann says: “Adding an audio background to your boring elearning course only makes it boring and danceable.”

We then moved on to a fun basic ukulele lesson, working on a simple strum and forming a few basic chords to play a couple of songs.

Thanks again to the Guild for purchasing the ukuleles, which will be donated to the Children's Hospital of Nevada LV. 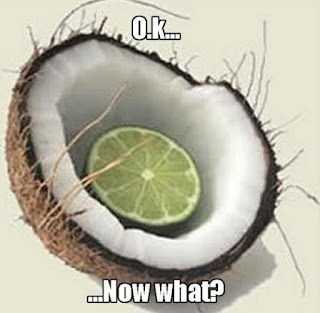 Session resources including the music playlist are at Diigo.com/user/jbo27712/MusicLearning


Be sure to check out posts from all the DevLearn Bloggers!
Posted by Jane Bozarth at 7:10 PM