"Show Your Work": The Kazoomaker (#wolweek)

... so I belong to a ukulele band, The Gang of Ukes, and am often called on to double on kazoo.


While I have a bunch of metal and plastic kazoos, including the extra-loud Kazoobie Wazoogle and the trumpet (the keys move! They don't change the sound, but they move!),

I thought it was time to buy a "real" one, with better tone and more control. Kazoos are folk instruments and there are still a few craftspeople around who make them from wood, from scratch. Thanks to Google and Facebook I found "Doc" Kazoo, proprietor of the Great Aswego Ukulele Factory .  After a few emails back and forth (I wanted something for a lanyard or pocket, not a harmonica holder), I chose the model I wanted and placed my order for a custom kazoo, which per notes on the website I assumed would take awhile to make. That was at 7 am on Monday, November 8.

By lunchtime Doc had my new kazoo roughed in. 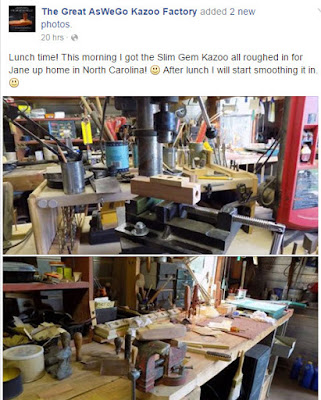 at 6 pm he had the kazoo smoothed and started waxing (it protects the inside from moisture): 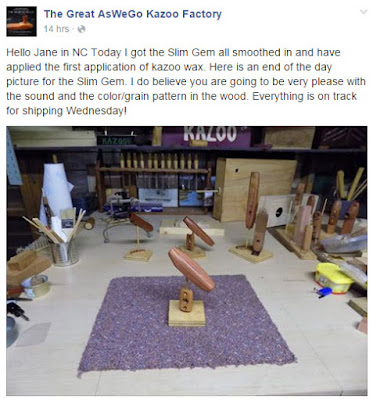 A few minutes later, at the end of his day, he posted a photo of my mostly-finished kazoo: 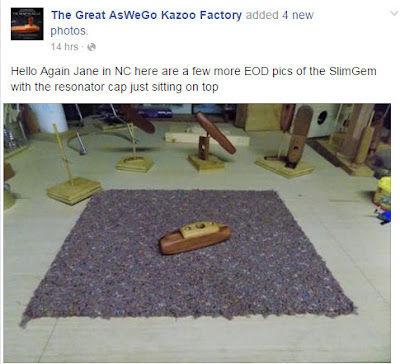 ...and showed off his day's work: Mine wasn't his only project. 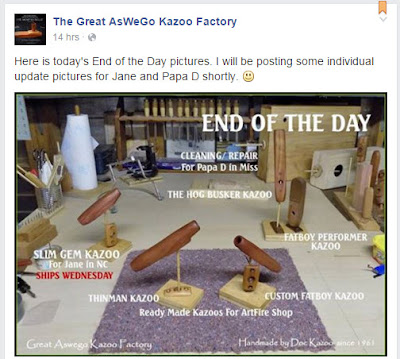 I was surprised by Doc's alacrity and loved all the unexpected personal attention and frequent updates. I also loved watching the process and seeing how Doc spent his day. In talking about Show Your Work I often ask audiences how working out loud benefits organizations, individuals. I never thought to ask how it benefits the customer, in this case by showing the time and care that a craftsman puts into even a simple product.

My new kazoo arrived on Saturday, November 14 and I'm very pleased with the tone, volume, and better control it has compareed to toy models. I'm headed to Toronto today to speak at the Institute for Performance and Learning Conference and am wondering if it's the sort of thing I want to have to explain to the Immigration guards. Perhaps I'll just pack a plastic one. 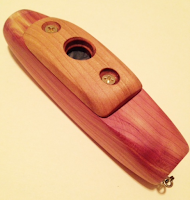 And finally, in the event you've never seen a real kazoomaster at work, check out this video from Rhiannon Giddens and the Carolina Chocolate Drops:


Words to live by: "You can be clueless, but don't be kazooless." ~ Doc Kazoo